You Are Here: Home → An Overview of Bioenergy Stakeholders on EU Agreement about RED II

An Overview of Bioenergy Stakeholders on EU Agreement about RED II

On the 14th of June, an agreement has been reached on RED II directive during the 5th interinstitutional trialogue between the EU Commission, Parliament and Council.  The provisional agreement provides a legally-binding target consisting of a 32% share of renewable energies and other important RES objectives by 2030.

By this agreement, two out of the eight legislative proposals being included in the Clean Energy for All Europeans package (EC 30/11/2017) have been already agreed.

EU Parliament’s press release mentions a new binding renewable energy target consisting of a 32%-share of the Union’s gross final consumption in 2030, which may be further increased by 2023 thanks to a specific review clause. The introduction of a binding target is a key aspect of the entire transition, as highlighted by the Commissioner for Climate Action and Energy Miguel Arias Cañete: “The binding nature of the target will also provide additional certainty to the investors. I now call on the European Parliament and the Council to continue negotiating with the same commitment and complete the rest of the proposals of the Clean Energy for All Europeans Package. This will put us on the right path towards the Long-Term Strategy that the Commission intends to present by the end of this year“.

As stated by S&D MEP José Blanco, the Parliament negotiator for renewable energy: “[…] For the first time we put in place a consistent strategy, avoiding false solutions like using palm oil. High indirect land use change (ILUC) biofuels will be phased out through a certification process for low ILUC biofuels, which is to be established. […] We must push for the development and use of advanced biofuels, leaving aside food-based crops and instead using materials such as forest residues, agricultural waste and manure from livestock. All this will contribute to a zero-waste model, which is also more ethical.” 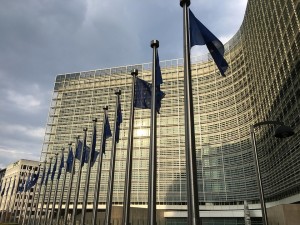 The preliminary accord shows a minimum target of 14% of fuels coming from renewable sources within transport sector by 2030: advanced biofuels will play a vital role in this scenario. First generation biofuels (feed/food-based crops) will be capped at 2020 levels, with an additional 1% point further allowed and a maximum level represented by a 7%-share of final consumption related to both road and rail transport. Advanced biofuels and biogas must increase to 1% in 2025 and at least 3.5% in 2030. The aim is to discourage food crop-based biofuels production being characterised by a high “indirect land use change” (ILUC), e. g. palm oil, by means of a certification process for low ILUC biofuels.

In the opinion of European Biodiesel Board (EBB), “By keeping crop-based biofuels such as biodiesel stable at 7%, the agreement recognizes their importance for the EU’s transport mix, however EU biodiesel producers fear being penalised by unjustified limitations and caps on the use of food-based crops and wastes to produce biodiesel. EBB considers those limitations as excessive and indefensible, particularly those based on non-scientifically demonstrated ILUC theories. Furthermore, the benefits of vegetable proteins arising from biodiesel production should have been more thoroughly considered”. EBB further commented about the need for investment: “The industry must stress however that delay to investment is still a risk because of continued uncertainty around the implementation of future regulations, particularly regarding biofuels from food crops”.

Leaders of Sustainable Biofuels (LSB) welcomed the recent step forward to RED II with a call for from industry to Member States: ”There has been regulatory uncertainty in the industry for over six years. With the approaching closure of the RED2 file, industry requests that the Member States implement the legislation as soon as possible, and the Commission must ensure sufficient transparency and congruency in the implementation.”

Emmanuel Desplechin, Secretary General of ePURE expressed some concern for the renewable ethanol sector while affirming: “Allowing Member States to undermine the transport target by lowering the crop cap or relying on artificial multipliers gives the illusion of progress and puts Europe’s commitment to decarbonising transport into question. Capping crop-based biofuels at 2020 levels also unfairly penalizes sustainable biofuels like European renewable ethanol, which if given the chance could drive EU decarbonisation even further – but it is a major improvement over the initial proposal from the Commission.” Desplechin continues: “Member States should now get on with the work of implementing the 2020 objectives and show that Europe is a place that can provide the policy stability investors need. A solid crop-based ethanol industry is needed to spur investment in advanced ethanol.” 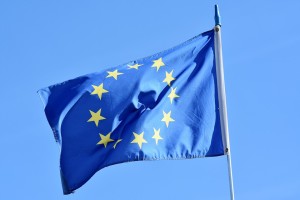 Speaking of the freezing palm oil consumption on current levels with a phase out by 2030, Copa and Cogeca Secretary-General Pekka Pesonen affirmed: “[…] We regret however that EU crop-based biofuels will not have the opportunity to expand because the phasing out of the use of palm oil has been postponed, especially since EU cropbased biofuels generate protein rich co-products for use in feed which livestock producers need”.

Copa and Cogeca again, together with EUSTAFOR and CEPF, addressed the issue of forest biomass sustainability and general forest management in a joint press release. Piotr Borkowski, Executive Director of EUSTAFOR, said: “We assess positively the decision to apply a risk-based approach for the verification of forest biomass sustainability. It is nevertheless of crucial importance that the proposed system is based on clear and precise requirements. It must be feasible at operational level and should not negatively impact the development of the bioeconomy, in which bioenergy plays an important role, especially in rural areas”.

Associations representing the renewable heating & cooling (RES-H&C) industries (AEBIOM, EGEC, EHPA and Solar Heat Europe/ESTIF) welcomed the sub-target related to heating and cooling installations but called for more action: “The RES-H&C industries look positively at this first step but the final compromise –  a 1.3 percentage point annual increase in the share of renewables in H&C – lacks real ambition in a context where, under the right political impetus, renewables could deliver much more and reach a 100% renewable H&C sector in 2050. Our associations also regret that the objective is not matched with binding obligations on Member States.”

The above-mentioned 1.3% yearly increase would be calculated on a period of 5 years starting from 2021. In addition, Member States must ensure transparency and traceability of energy performance and a share of renewables in district heating and cooling systems to final consumers: the latter ones may terminate their utility contracts if proven inefficient and further encouraged to self-production.

Finally, the trialogue’s agreement comprises important steps in favour of public & private investment for innovation and modernization in all key sectors by means of improving support schemes for renewable energies, introducing a real streamlining and reducing of administrative procedures and the establishment of a clear and stable regulatory framework on self-consumption.