You Are Here: Home → Bio-based Lubricants from Vegetable Oils 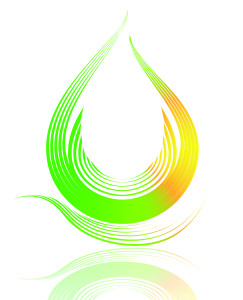 Lubricants are oil-based substances, with a wide industrial application along with some non-industrial use. Lots of refinery products find applications as lubricants, so this sector is also looking for some non-petroleum alternatives. Vegetable oils are nowadays considered as viable bio-resource for biofuels, and also promising candidates for the development of bio-based lubricants. Pure vegetable oils show some basic physicochemical characteristic, such as lubricity, viscosity, and thermal stability, that make them suitable for their application in this sector. In addition, there is an increasing environmental concern associated to the use and disposal of petroleum-based lubricants: spills and losses upon their normal utilization (estimated as 50% of the total volume of lubricants sold worldwide) lead to an important pollution issue and strict environmental regulations, which drives the market towards Vegetable oil-based lubricants, for their biodegradable and non-toxic properties.

The narrow range of viscosity changing with temperature, the low volatility due to high molecular weight, and the good friction co-efficient are some of the properties that make a Vegetable oil a perfect candidate for lubricant use, nevertheless stability issues need to be overcome. Chemical and oxidative stability and corrosion resistance can be improved through chemical modifications of the oil or the fat. Since the VO have high solubility power for contaminants and additive molecules, these kind or procedures are well-known and can lead to a low-cost and ecological-friendly alternative to synthetic-fluids.

Researchers at the Institute of Science and Technology for Advanced studies and Research (ISTAR), in the State of Gujarat, India, have successfully modified a non traditional vegetable oil, to produce bio-based lubricants. The study was  carried out on chemically modify Karanja oil. Karanja (Pongamia pinnata) is a common tropical and sub-tropical tree with oilseeds (27-39 % of oil content), it is easy to grow and to find in India where the study took place. The aim of the study is to show two kinds of bio-based lubricant production and its characteristics (a grease and a lubricant oil) and to compare them with a similar mineral-based product. The Karanja oil has been firstly chemically characterized through a gas chromatography.

The chemical modification consisted in a two-step esterification: the oil has first been trans-esterified in order to obtain biodiesel, then it is further esterified with various alcohols to obtain fatty esters, then thermally treated with a thickener additive. The substances obtained have been evaluated for their practical applications by standardized measures and compared to an all-purpose mineral oil grease. Results have shown that Karanja-oil greases have small different properties, due to the different alcohol employed in the chemical treatment they received, but all comparable to the petroleum-based product. The bio-based lubricants obtained can therefore be employed in the same applications where mineral-oils usually are. The second goal was to produce a Karanja-oil based lubricant with higher oxidation stability than the pure starting oil. The presence of unsaturation in the structure of the vegetable oil can lead to oxidation. The percentage of unsaturation presence has been drastically reduced through a chemical treatment called epoxidation. The properties of the new-obtained oil were then compared to a common petroleum based oil: results have shown similar performances; therefore, its application is possible.

Like the fuel sector, also the lubricant sector is currently facing energy security and global warming concerns. These, together with pollution issues, due to environment spills and disposal, can be mitigated by production of bio-based substances starting from Vegetable oil. Both greases and lubricating oils considered in this study have resulted to be good alternatives to the mineral-based reference substance, both from a physicochemical and a technical point of view. Moreover, the use of non-traditional oil can further overcome the problems related to the environment and our ecosystems.

This post is based on the paper “Development of Lubricants from renewable resource: an approach towards value added product from vegetable oil”  written byT. Panchal, A. Patel, M. Thomas, J. Patel, presented at the 24th European Biomass and Conference Exhibition.