You Are Here: Home → Biofuels and land use change

Biofuels and land use change

This post is based on an article by Robert Edwards, Luisa Marelli, Declan Mulligan, and Monica Padella, EC JRC published in June 2012 in BE-Sustainable Magazine. 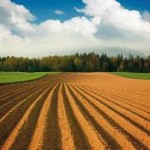 A set of mandatory targets specific to the EU transport sector are included in EU directives, which aims at achieving the overall objective of a sustainably-fuelled transport system, implying that ‘alternative’ fuels must ultimately come from renewable sources.

In particular, the Renewable Energy Directive[1] (RED) sets a global target of 20% of renewable energy in the total energy used in the electricity, heat and transport sectors by 2020, and a specific target of 10% in transport (which applies at the same level in each Member State, contrary to the global target, for which there are differentiated national targets).

The Fuel Quality Directive[2] (FQD) introduces a target for fuel suppliers to reduce life cycle GHG emissions from fuel and energy in transport by 6% within 2020. Both directives also establish environmental sustainability criteria for biofuels and bio-liquids in identical terms (see box), including a requirement for a 35% reduction in GHG emissions with respect to the fossil fuel in use (50% reduction from 2017). The Commission has the mandate to monitor the compliance of biofuels in use in the EU with the sustainability criteria.

Biofuels are expected to play a crucial role to achieve the mandatory targets set by the two directives: according to the National Renewable Energy Action Plans (NREAPS) that Member States presented to the Commission in 2010, about 9% of total transport fuels (90% of the RED target for transport) will be achieved through biofuels, predominantly biodiesel (about 70%) and ethanol (about 30%) in road fuels. Almost all of this would come from “1st generation” biofuels, made from crops also used for food.

If biofuel crops are grown on uncultivated land, such as pasture or forest, this “direct land use change” will generally result in carbon emissions, as, apart from the loss of carbon in the standing forest, there is usually a reduction in soil carbon when natural land is converted to cropland. However, more frequently, crops for biofuels are diverted from existing food production. Then the ‘hole’ in the food supply is filled partly by the expansion of cropland around the world, and this is likely to lead to carbon emissions from indirect land use change (ILUC).

Fig. 1 -Marginal yield” In this example, wheat production increases whilst the production of other crops is held constant. There is a cascade of crop replacements to lower-yielding, more robust, crops. If we take into account the yield-spreads, the area of grazing-land lost is much greater than the area of wheat expansion.

If we include the ILUC emissions, some types of biofuels may not achieve the specified minimum (or indeed any) GHG savings.  Deciding how to account for ILUC emissions in policy depends on the answers to two questions:

–          Do all biofuels have similar ILUC emissions, or do they differ, for example, between ethanol and biodiesel?

–          In a global agricultural market, how important is it where biofuels are produced?

We cannot measure ILUC directly, even in retrospect. That is because we can never measure what would have happened without biofuels; one would need a global agro-economic model to estimate that. In that case, it is more useful to use the models to make forward projections, usually to 2020. Then the ILUC emissions associated with EU biofuels policy are shown by the difference in world land use between a “policy” scenario, which promotes biofuels, and a “baseline” scenario, which does not.

There are several models of the world agro-economic system which have been used to evaluate the ILUC effects of biofuels. The models contain many parameters which are determined by econometric fitting to historical statistical data.  However, this is challenging because of the scatter in statistical agricultural data (due to weather variations), and because many parameters vary simultaneously with time. Thus different groups deduce different values for the same parameters. Also, as models differ in their approach and structure, many of the parameters in one model cannot be compared with those in another.

Furthermore, until 2009, each model had been used to study different mixes of biofuels made in different places, so it was impossible to compare the results of different models. Therefore JRC commissioned different modelers to examine comparable biofuel scenarios, and analyzed the tables of results to show how and why models differ. As a result, we can get an insight into why models give differing results [JRC 2010].

Agro-economic models see biofuels as an increase in crop demand, (which is partly compensated by the return of by-products from fermentation and oilseed crushing to the animal feed sector). This results in increased prices for crops which cause both the supply to increase and the competing demand to decrease (the split varies between models, but usually the two are comparable in size).

The competing crop demand is, of course, predominantly for food and animal feed. The use of biofuel by-products as animal feed often roughly cancel the effects on that sector, but the models derive a significant part of the crops for biofuel from a reduction in human food consumption. That contribution to biofuel feedstock is free of ILUC emissions, so the more food consumption is reduced in a model, the lower the calculated ILUC emissions tend to be. Thus there is a trade-off in the model results between emissions reductions and food security.

Turning to the increase in supply, only part of this comes from expansion of crop area: models assume that the increased price will also cause crop yields to increase above baseline[3]. This is another controversial area where there are significant differences between models.

Another way models differ is the way they treat crop displacements. Some have a single yield per crop per region: then if, for example, corn area grows at the expense of rye, there is a jump in cereals production with no change in overall crop area. Other models assume one crop replaces another at constant value ($/ha), eliminating this effect. However, this introduces another source of “ILUC-free” production, when low-value crops expand at the expense of expensive specialty crops in the model (e.g. maize instead of olives or fruit). One can think of this as land diverted to biofuels at the expense of food quality.

Finally, models treat “marginal yield” differently.  Models which have a fixed (or practically fixed) yield of a given crop in a given region are assuming that the land at the frontier of cultivation is just as fertile as average land, and capable of growing high-yield crops. This might apply to some developing regions where good land is still uncultivated because of limited transport access, but in general one expects new cropland to have lower yields and to grow more robust, less intensive crops (fig.1).  Other models attempt to estimate this spread of yields. However, the tendency is to underestimate the spread, because statistics are only available at a coarse level, whereas there are considerable yield variations even between different fields on a single farm.

To estimate GHG emissions from ILUC, economic models have to be coupled to another model which allocates the predicted crop area expansion to different existing land uses, and then calculates the emissions from each land-use change. These emissions arise from:

–          loss, by oxidation, of organic matter in the soil in the years after conversion. As well as carbon emissions, some of the nitrogen in the organic matter is released as nitrous oxide (N2O), a potent greenhouse-gas.

As not all economic models come with such a module, the JRC developed one (the Spatial Allocation Model, SAM) and applied it to the output of different models, in particular to the output of the global economic model MIRAGE run by the International Food and Policy Research Institute (IFPRI) for the European Commission in 2011. The scenario considered by IFPRI was based on the estimates of the NREAPs of the EU Member States. In this scenario, a total 1st generation biofuels blend of 8.7%, with a spread bioethanol/biodiesel of 22%-78% (NREAP “full mandate”) was assumed.

Based on the results of the IFPRI model, the JRC estimated that the increased biofuels demand will cause ILUC GHG emissions of about 36 gCO2/MJ. This result also includes emissions from peatland drainage due to oil palm plantations mainly in Indonesia and Malaysia, which amount to about 55% of the total

If one also considers that the extensive use of bioenergy crops will have impacts also on biodiversity, water use and consumption, land and forest degradation etc., avoiding ILUC becomes fundamental to improving the sustainability of biofuels, and for achieving the climate change mitigation objectives of biofuel support mechanisms.

Most of the above issues, in particular Biofuels/Bioenergy impacts on environment and food, will be discussed during the opening event of the 20th International Biomass Conference, the World Forum on “Fuel, Food and the Environment: The Bioenergy Challenge”, organized by the JRC together with the Italian Minister for the Environment, Land and Sea, the Commissioner General of Expo Milano 2015 and Regione Lombardia. The main purpose of the forum is to stimulate open discussion from all stake-holders on the future of bioenergy and biofuels, and specifically on how policy makers can steer a sustainable course through the many complex issues within the biofuel debate. The event comes at a crucial moment for Europe as the EU Commission is proposing new legislation to account for side effects (ILUC) in biofuels policy, and it becomes fundamental to get an insight on how to get the policies right to bring land into more productive use, allowing to de-carbonise the society, while producing enough food and taking care of the environment.

[3] Improvements in crop yield which depend only on time occur both in the policy scenario and baseline and therefore roughly cancel out when the difference is taken.