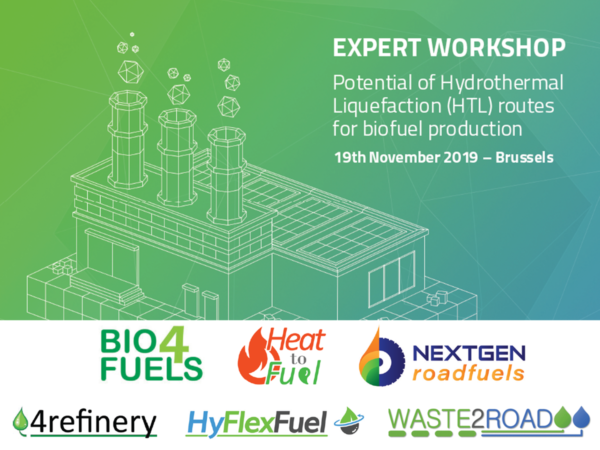 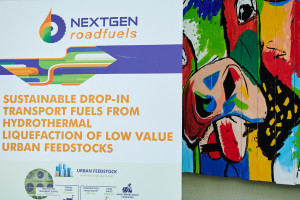 The Expert workshop Potential of Hydrothermal Liquefaction (HTL) routes for biofuel production was co-organized by five European H2020 projects and a Norwegian FME research center. The workshop in Brussels attracted such great interest that organizers had to switch venues to secure a place for everyone. Almost 100 participants attended from industry, SMEs, EC, research organizations, universities, and other organizations.

The 2018 INEA clustering workshop dedicated to H2020 projects in the field of bio- and alternative fuels provided the background for this workshop. At this event, it became clear that HTL is an emerging and promising technology with several H2020 projects in this field. It was agreed to hold a future workshop dedicated to the technology, with the Norwegian research institute SINTEF taking the initiative to facilitate.

SINTEF and five HTL-related H2020 projects (Heat-to-fuel, NextGenRoadFuels, 4Refinery, HyFlexFuel and Waste2Road) joined forces to co-organize such a workshop. As SINTEF also leads Bio4Fuels, a Norwegian FME research center dedicated to biofuels in which one of the identified production value chains is HTL, the center became the sixth co-organizer of the workshop. 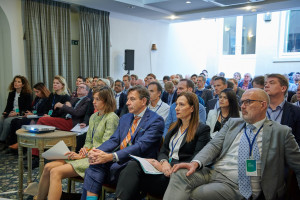 The workshop brought together different stakeholders working on the commercialization of HTL in addition to research and academia while keeping the focus industrial. The working questions were: 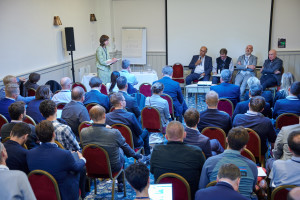 The workshop started with the presentations of the six projects, followed by a presentation of Maria Georgiadou about the European research and innovation policy. Thereafter we moved outside of Europe and learnt about a Canadian ATM project by Jack Saddler, as well as which activities are going on in the United States from Douglas C. Elliott.

Five industrial stakeholders from around the globe presented their commercial status: Perry Toms from Steeper Energy, Roberto Marchini from Eni Rewind, Steve Mahon from Armstrong, Ramesh Bhujade from Reliance and David Lewis from Southern Oil Refining. It became clear that there are many different HTL processes and approaches to commercialization. The stakeholders expect the first commercial plant to be in operation between 2022-2025. Compared to other technologies such as pyrolysis and gasification, HTL is a more robust technology as it can handle broader feedstock quality ranges. It can easily be replicated at several locations close to the feedstock, which is an advantage compared to technologies that require scale.

Several commercialization bottlenecks were identified, although they affect the stakeholders differently. They include:

Further discussions included ways and willingness of cooperation as well as how to continue the initiative started with this workshop. Generally, attendees were satisfied with the outcome and would like similar workshops within the HTL community in the future.

Two special issues of Energies (ISSN 1996-1073), section “Bio-Energy“, with connections on hydrothermal liquefaction (HTL) routes are under preparation. They are:

A selection of pictures of the workshop

The video of the workshop