You Are Here: Home → Developing the bio-based economy in Flanders

Developing the bio-based economy in Flanders 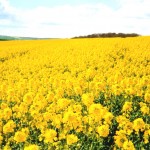 In support of the Flemish Government in developing its own strategy for a biobased economy (BBE) VITO, together with Clever Consult and Ghent University, drafted recommendations for an integrated and sustainable economic innovation policy. In order to develop this strategy, Flanders’ assets were identified and used as the basis for defining policy choices for the BBE. In other words, ‘How can Flanders optimally use its positive starting position in the transition to a sustainable BBE“? Indicators for this positive position are: a strong chemical industry, a limited  but highly intensive agricultural and horticultural and thus likewise food industry and a high population density with large and well-managed waste streams.

Biobased economy the “non-food” pillar of the bioeconomy

What is now generally referred to as a “biobased economy” (BBE) is the use and/or conversion of renewable raw materials for biobased products and energy. It can generally be regarded as the non-food pillar of the bioeconomy. It is an economy in which the basic elements (the so-called “building blocks”) for industry and energy are derived from renewable resources (including waste from food and agriculture) instead of fossil non-renewable resources (mainly petroleum). This includes the production and the use of enzymes and biocatalytic processes. Although this study focussed on the “biobased economy”, it also examined the broader context, including the production of biomass and its use in various applications in which the primary focus of agriculture is of course food. It also looked at a possible strong potential synergy with the food sector in which adding value to waste streams can be one of the most important assets.

In February 2012, the European Commission approved a strategy and an action plan to increase the use of renewable resources in our economy and for them to be used in a more sustainable manner: “Innovating for Sustainable Growth: a Bioeconomy for Europe”. The strategy and action plan for a bioeconomy must pave the way for a more innovative, sustainable and competitive society that reconciles food security with the use of renewable raw materials for industrial purposes. The action plan outlines the most important measures the European Commission will take to achieve the strategy’s objectives for the bioeconomy. Member States are called on to participate in this plan. The action plan is based on three pillars: the development of new technologies and processes for the bioeconomy; the development of markets and competitiveness in bioeconomic sectors; and encouraging policy makers and other stakeholders to work together more closely across industrial sectors.

Several Member States and regions have already developed a strategy for the BBE or have started working on one. It is therefore only natural that the focus may vary from country to country. A number of countries such as Germany and Finland have taken a broader approach to the bio-economy as a whole (including the agriculture and food pillars), while most countries – such as the Netherlands, Sweden and several regions in France – place the emphasis on the biobased economy itself. Although the most important action point continuously seems to be “innovation” (in the broadest sense of the word), most authorities are developing an “integral” policy. The Netherlands places the emphasis on biomass production, innovation, sustainability and coherent policies, while Sweden is focusing on innovation, market introduction, support for SMEs and general supporting policy. Germany has established a national “Bio-economy Council” with the focus on the economy, innovation, education and policy. An important part of most strategies involves establishing and supporting a specific cluster and/or public-private partnership (PPP). We have seen a recent increase in or even with regions outside Europe.

The biobased economy in Flanders

The impact of the BBE is already significant in Flanders. When analysing the economic impact and employment, up to 1.5% of the total gross margin and 0.8% of all employment is generated by the BBE. Taking into account the industrial sectors only, the BBE accounts for up to 9% of the gross margin for industry and 5.7% of employment. Another observation is that the Flemish BBE is growing while the importance of industry in the economy as a whole is losing ground. It should also be noted that primary production of (agricultural) raw materials for the bio-economy is not included in those numbers. For instance the processing of bioplastics into finished products in furniture, the car industry or construction are not included either. Therefore, the indirect impact is much greater.

In Flanders biobased products (paper, wood-fibre boards, bioplastics and biochemicals) already create five times more added value (based on gross margin calculations) and ten times more employment than bioenergy (biobased electricity or heat, and biofuels). Almost half of the total gross margin from the BBE is generated by fine chemicals, biopolymers and bioplastics. These sectors are also characterised by the greatest dynamic, growth and innovation. This is extremely important for Flanders given that only industrial sectors that create high added value are doing well and can survive in the long term.

The European Renewable Energy Directive is the driving and “binding” force for growth in renewable energy production in Belgium and Flanders.

With regard to biomass streams, it was calculated that currently 17.7% of the total amount of consumed grain (wheat, barley, maize grains) in Flanders is used for non-food applications, 14.3% of which is used to produce bioethanol, 3.2% is used in chemical applications based on starch (mainly bioplastics) and 0.2% to generate energy.

Wood waste is used to produce wood chipboards and energy, but demand significantly outstrips supply, which leads to tensions in this market. Most of the sugar beets grown are used for food or animal fodder and only a limited amount for producing bioethanol. Biodiesel is again produced mainly from imported rapeseed. 55% of the animal fats are used in chemistry, the remainder is used for food and feed production. Collected animal fats and vegetable oils are mostly exported to the Netherlands for biodiesel production.

Due to the relatively limited area available for agricultural crops and the considerable expertise held by the Region in collecting and processing waste, in the future Flanders must focus more on the quality enhancement of secondary streams from biomass-related industries, such as food, animal fodder, wood and paper, before shifting to energy enhancement at the end of the life cycle.

Measuring the sustainability of the Flemish BBE is highly complex. After all, this depends on the type of biomass, its origins, the processing technique and end use application. Although there are no exact figures for Flanders, it seems that average greenhouse gas savings per product tonne are greater for biomaterials than for bioenergy.

Greenhouse gas savings from biofuels in Flanders in 2010 are estimated at 350 kiloton. Stationary bioenergy (electricity and heat) savings for 2010 are estimated at over 2 million tonnes of CO2. In Belgium, total greenhouse gas savings in the chemical industry based on starch and vegetable/animal oils would, according to estimates, amount to an order of magnitude of between 1 and 1.5 million tonnes CO2 equivalent (MtCO2e) for 2010.

In the field of research and innovation, several financing channels and expertise centres appear to exist in Flanders, although they are rather fragmented. It is also clear that most of these finance sources are focused on fundamental scientific research, and that a clear finance model for valorisation and demonstration projects is missing. Furthermore, there is little cooperation between companies, especially between companies from different industrial sectors. The support that Flanders lends to bioenergy and biofuels mainly stems from a number of European directives such as the Renewable Energy Directive.

This means that current policy makes the use of biomass for energy purposes particularly attractive. Apart from several European initiatives such as the “LMI biobased products” and the “Bioeconomy Strategy”, there is no similar supporting policy for bioproducts and materials. There are many regulations that indirectly impact the further development of the biobased economy, but these are spread across various policy areas such as environment, innovation, economy and agriculture.

One positive aspect is that several recent policy initiatives in Flanders have incorporated the aspect of the biobased economy, such as FISCH (Flanders Innovation Hub for Sustainable Chemistry) and Sustainable Materials Management. Subsequently, a detailed SWOT analysis was developed for this study, based on existing literature, the input and experience of the various experts, and interviews with stakeholders from industry, research institutes, the authorities, the agricultural sector, and non-governmental organisations. The results of this SWOT analysis, together with previous conclusions, were used to draft a series of recommendations:

This posts is based on the results of the study “Sustainable Use of and Value Creation from Renewable Resources in a Biobased Economy in Flanders”, accomplished with support of the Flemish Department of Economy, Science and Innovation.