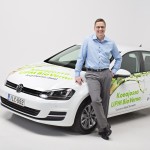 UPM BioVerno diesel has previously been studied in engine and vehicle tests conducted by VTT amongst others. The fleet tests will focus on investigating UPM renewable diesel in terms of fuel functionality in engine, emissions and fuel consumption.

“We are very happy to collaborate with renowned partners in the fleet tests, with sustainable development being the common denominator for us all,” says UPM Biofuels Vice President Petri Kukkonen.

The fleet tests are a part of a larger project coordinated by VTT. The goal of this project is to encourage companies to commercialise renewable energy solutions in traffic.

“Advanced, sustainable biofuels are a great opportunity for Finland. The Commission will most likely restrict the use of biofuel made from food crops, meaning that the value of the forest industry residues will increase. VTT has wide expertise on engines and fuels, which complements UPM’s key competence in this project,” says Research Professor Nils-Olof Nylund at VTT.

Experienced test drivers from VTT will drive UPM BioVerno cars within the Helsinki metropolitan area and collect data for analysis during the 20,000-kilometre drive.

UPM’s renewable diesel, known as UPM BioVerno, is an innovation that will reduce greenhouse gas emissions caused by traffic by up to 80% when compared with fossil fuels. This high-quality biofuel is produced from residues of the forest industry, with no edible materials being used. UPM BioVerno is an ideal fuel for all diesel-powered vehicles.

In 2012, UPM began the construction of the first biorefinery in the world producing wood-based renewable diesel. This refinery, located in Lappeenranta, Finland, will be completed in 2014. Its production capacity will be 100,000 tonnes equating to 120 million litres of renewable diesel a year.

The model chosen for the test drive is the Volkswagen Golf 1.6 TDI equipped with DSG automatic transmission. The new Golf has been nominated Car of the Year 2013 by the world’s leading automotive journalists.

One of Volkswagen’s long-term goals is to encourage behaviour that will benefit both the customers and the environment.  “Be aware and save fuel. Think Blue.” – This model of thought is an essential part of Volkswagen’s environmental responsibility programme, and also in terms of the technology used. It accounts for more energy-efficient production methods, promoting renewable energy and comfortable and responsible driving.

“As the largest automobile manufacturer in Europe, Volkswagen is committed to lowering the average CO2 emissions of their vehicles to 95 g/km in Europe by 2020,” says Heikki Ahdekivi, Director at Volkswagen passenger cars.