You Are Here: Home → Industry leaders to support “second generation” biofuels in all EU transport sectors 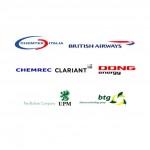 Brussels (Belgium) – 4 February 2013 – The Chief Executive Officers of seven Leading European biofuel producers and European airlines launched today in Brussels a new industry led initiative to speed up the deployment of advanced sustainable biofuels in Europe.
The initiative, named “Leaders of Sustainable Biofuels”, aims at supporting the development of second generation biofuels in Europe. The leaders of Chemtex, British Airways, BTG, Chemrec, Clariant, Dong Energy and UPM are joining forces to ensure the market uptake of advanced sustainable biofuels by all transport sectors.
The world is taking action to reduce greenhouse gas emissions and second generation biofuels are a key part of the solution, because they are cost-competitive and with less environmental impact than fuels made from oil or natural gas. In the European Union, 10% of all fuels by 2020 must be alternative fuels, the large majority being biofuels.
Second-generation biofuels can reduce GHG emissions by at least 65%. First generation biofuels, made from corn, wheat, soy or palm provide only modest reductions in greenhouse gases and can push up food prices.
During the Brussels meeting the “Leaders of Sustainable Biofuels” have established a common strategy based on several actions aimed at accelerating market penetration and technology deployment and use. In particular:
The “Leaders of Sustainable Biofuels” also plan to address national policy makers, the European Commission and the European Parliament with a single voice, and invite the rest of the sustainable biofuels industry to follow them on the same path.
“We believe second generation biofuels – the “Leaders” stated during the meeting – are also key for the reduction of fossil energy imports in the EU”.
Read the Manifesto of the Leaders of Sustainable Biofuels
For further information:
Management and Communication
Angela Grassi, Tel. +39 055 500 2174, angela.grassi@etaflorence.it
ETA-Florence Renewable Energies,  Via A. Giacomini 28, 50132 Florence ITALY
Technical Secretariat
David Chiaramonti, david.chiaramonti@re-cord.org
RE-CORD, c/o Industrial Engineering Department, Viale Morgagni 40, 50134 Florence ITALY