You Are Here: Home → The future of biomethane as transport fuel in Europe

The future of biomethane as transport fuel in Europe 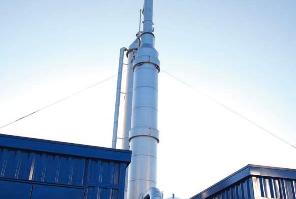 Biofuels are a good alternative to fossil fuels for transport in terms of reduced carbon dioxide emission. The European Union (EU) has recognised the positive impact biofuels can have in the transport sector and has set a mandatory target for renewable fuels of 10% for each member state by 2020. Biofuels will make a major contribution to this target. The European Union renewable energy directive of 2009 [1] defines emissions savings thresholds and a methodology for calculation of the savings. The renewables directive gives so-called default CO2 (equivalent) savings which indicate a large advantage for biofuels, like biogas, produced from waste biomass. Biogas can be up-graded to biomethane that is of equal quality to natural gas (NG) and can be used directly as a transport fuel in engines that are widely available.

Europe has more than 8000 biogas plants, many of them in the size range 100 to 500 kW (electrical output). Worldwide there are millions of biogas plants, many of them in China. Since the 1990’s the number of biogas plants in Europe has increased rapidly, particularly in Germany. In the early years of this period the focus was on electricity generation, with maximum use of heat. A combination of factors has resulted in a shift from electricity and heat production to up-grading biogas (typically 50-60% methane) to almost pure (typically 97%) methane that is completely interchangeable with natural gas. The inability to fully use waste heat from heat and power installations is one reason to up-grade biogas to biomethane. Very low exhaust emissions from vehicles using methane has proved attractive for switching from diesel in city transport applications. Given this basis, the 2010 EU National Renewable Energy Action Plans (NREAPs) [2] from the 27 member countries contain a range of ambitious plans for implementation of biomethane as a transport biofuel to contribute to the 10% renewable fuels target in 2020.

Biomethane as a Vehicle Fuel

The 2011 report on Future Transport Fuels [3] highlighted the following benefits of natural gas, which also means biomethane, as a vehicle fuel:

Biomethane is currently supplied extensively as compressed gas from dedicated filling station close to biogas plants, for example in city transport applications. Injection into the NG grid is not yet widespread. The new EU renewables directive (Article 16) aims to ease grid injection and the European standards organisation (CEN) has set up a new Technical Committee (TC408) to formulate harmonised standards for gas grid injection. The latter should eventually facilitate transport of biomethane to distant customers and filling stations, not only to customers on the local and low-pressure distribution grids.

Sweden is the best practice example of biomethane use as a transport fuel in Europe with ~ 30,000 vehicles using compressed methane and the amount of gas increasing rapidly. Moreover, the degree of replacement of NG with biomethane is also increasing (Fig.1). It is quite possible this level of achievement could be repeated across Europe and there are data within the NREAPs that suggest substantial growth in the use of biomethane for transport will indeed occur (~ 1 million tons of oil equivalent (Mtoe) of a projected total of ~27 Mtoe from advanced biofuels by 2020). It is interesting to note that the Swedish achievement has not been possible without coordinated political support that has led to a raft of measures, including, investment grants, incorporation into the national climate investment programme, support for filling stations expanding to serve NG/biomethane, green car premiums, discount on vehicle road tax and free parking.

Approximately 40 biogas up-grading facilities provide compressed biomethane in Sweden and these up-grading installations are using commercially available technology that has been steadily improved over the last 15 years. For large engines and for very long distance travel liquefied methane is more suitable. Liquid biomethane from landfill gas recovery is now being used to fuel commercial delivery vehicles in the UK. This is the first commercial exploitation of liquefied biomethane in Europe. Germany started an intense campaign of biogas up-grading plant building in 2008 and is expected to inject biomethane into the NG grid from around 80 installation in 2011. It is not yet clear how the grid-injected biomethane will be used in Germany. Italy has more than half a million natural gas vehicles and a rapidly growing biogas sector that could in the future provide biomethane to displace some of the natural gas in the established delivery infrastructure.

One of the big challenges for biomethane utilisation, whether for transport or other energy application, is to ensure high levels of performance with respect to sustainability. The EU renewables directive prescribes emissions savings compared to fossil equivalent fuels of 35% already, climbing to 60% for new installations after 2017. Given the 23 times higher impact of methane on global warming than carbon dioxide, emissions along the biomethane production chain must be strictly controlled. There is good awareness of the emissions management challenge and some systems are in place for monitoring and certification, for example the Naturemade scheme in Switzerland [5].

Economics will be the key determining factor affecting the amount of biomethane utilisation in transport applications. Many studies have been carried out to assess various systems and scenarios. For example, in Germany the market would appear to favour use of biomethane over diesel in city bus applications [6] where combined capital, fuel and maintenance costs for compressed biomethane buses are approximately 4% less than diesel buses. In general terms, the price of biogas vehicles is typically 10-20% more than petrol or diesel equivalents, although this extra cost is often offset by subsidies. Costs are likely to fall with increased production volume. Liquified biomethane is another option for delivery of methane to the vehicle tank and this technology is becoming more widely available as the liquefied natural gas (LNG) sector grows in response Europe’s growing natural gas imports. To-date, while biomethane has been obtained exclusively using the biological, anaerobic digestion (AD), process there are a numerous long-running projects developing technology to produce biomethane by gasification of ligno-cellulosic (woody) biomass. If the gasification processes prove successful on a commercial level, which is expected in the period to 2020, the volume of biomethane production will dramatically increase and this increase will facilitate rapid growth of its use in the transport sector.

A number of European projects are designed to support expansion of the market for biomethane in the transport sector, including for example BioGas Max , GasHighWay  and MADEGASCAR. The International Energy Agency Bioenergy Implementing Agreement also carries out studies on biogas and biomethane [10]. The European Green Cars initiative [11] was one of three Public-Private-Partnerships (PPPs) included in the European Commission’s recovery package of 2009. The budget for the initiative was set at €5 billion to support the development of new, sustainable forms of road transport and provide general support to the automotive industry during the recession. Approximately  €1 billion was targeted to support research.

On the policy side, the EU White Paper, “Roadmap to a Single Transport Area: Towards a competitive and resource efficient transport system” [12] the focus is on what is termed “growing out of oil” by taking advantage of a range of technology options, not least new engines, new (use of) materials and design; new fuels and propulsion systems and health benefits from clean vehicles and low emissions. A strategy for transport in close cooperation with the Strategic Energy Technologies (SET) Plan is expected to lead to standardisation in order to avoid fragmentation in the sector and elimination of tax distortions. Transition fuels, or sometimes termed “drop-in” fuels are favourably considered as a way of achieving immediate contributions to 2020 renewables targets. As a consequence, biomethane is highly favoured.

This post is based on an article by David Baxter, JRC Institute for Energy and Transport and published in April 2012 in  BE-Sustainable Magazine.