You Are Here: Home → 3.8€ billion Public-Private Partnership launched to accelerate the deployment of biobased products 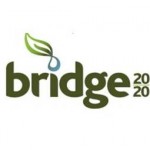 Forty-eight large and small companies grouped under the Biobased Industry Consortium, have joined forces with the European Commission to set up an unprecedented Public-Private Partnership worth €1 billion EU funds from the new Horizon 2020 program and €2.8 billion to accelerate the deployment of biobased products in Europe by 2020.

The Biobased Industries PPP is part of the European Commission’s Innovation and Investment Package that was released on July 10th. The package is intended to stimulate the European economy, create jobs and tackle major societal challenges through research, innovation and deployment.

The objectives of the initiative are:

To realise this potential, the PPP will capitalise on Europe’s innovation and technological leadership to bring biobased solutions to commercial scale.

Berry Wiersum, CEO of Sappi said: “This is a unique partnership that places sustainability at the heart of all economic, social and industrial activities. It is about realising the untapped potential of biomass and waste, to deliver sustainable growth in Europe.”

Peder Holk Nielsen, CEO of Novozymes added: “The Biobased Industries PPP is important for Europe to remain competitive in the global bioeconomy race. It is an opportunity for re-industrialisation and for reversing the investment trend currently going to other regions of the world.”

Guy Talbourdet, CEO of Roquette Frères commented: “The Biobased Industries Initiative comes at a critical time for European development of the bioeconomy. Such a PPP will accelerate the market entry of new biobased products “made in Europe” in the so-called biorefineries. The use of locally grown biomass will not only enable growth and jobs in rural areas across European regions, but it will also reduce the EU’s reliance on fossil or proteins imports.”

Feike Sijbesma, CEO of Royal DSM stated: “This is the start of a promising future for Europe. The development of biobased industries at the crossroads of agriculture, chemistry and energy will enable new value chains and translate the R&D potential into new, innovative and sustainable biobased products and markets serving society.