You Are Here: Home → New fact sheet on carbon neutrality of sustainable biomass released by WBA 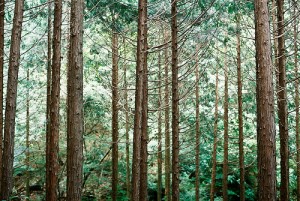 A the recent COP 18 in Doha the World Bioenergy Association published its third fact sheet titled “The carbon neutrality of biomass from forest,” highlighting WBA’s position on the theories of “carbon debt” and “payback time” of forest biomass. These theories are based on the assumption that harvesting trees for energy creates a “carbon debt”: the carbon contained in the trees is emitted upfront while trees grow back over many years,  thus increasing the  carbon level in the atmosphere. Consequently the carbon payback time refers to the time lag before carbon neutrality is restored by its reabsorption in forest biomass.

The World Bioenergy Association states that these theories “are not credible, because they are based on the unrealistic assumption that trees are first burned and then grown”.

One argument in favour of these theories affirms that the CO2 content of the atmosphere remains lower if the trees continue to grow and absorb CO2, while fossil fuels are used,  and that the burning of wood releases more CO2 per unit energy than combustion of oil or gas.

According to WBA, this argument may have some validity as long as the trees are growing vigorously, but it is not valid any more when forests are getting mature. Indeed, the fact sheet explains that “until a tree progresses to its mature stage it is growing and absorbs more CO2 by assimilation than it releases by breathing. In this phase the tree is a carbon sink. In the mature phase CO2 uptake and release are in equilibrium, the tree is a carbon storage. As follows, during the decay phase, a tree will become a net carbon source”.

If the trees were allowed to grow to stock without being harvested, it would also mean not to use the sustainable products from forests: timber, paper, energy and to replace them by fossil fuel based products.

Another claim suggests that burning old trees releases CO2 immediately, whereas the decomposition of old trees to CO2 and other green house gases in nature takes many years, so there is a time lag in favour of less emissions now by not burning trees.

In this regard, WBA states that this analysis ignores that mature trees occupy the space that could otherwise be utilized by young trees. These old trees are no longer a carbon sink but a slow carbon emitter. If fossil fuels are used instead of this biomass, two sources of emissions will exist: the burning of fossil fuels and the decomposition of biomass thus worsening the impact on climate change.

The WBA fact sheet admits that “in some circumstances the use of forest biomass can increase the CO2 content of the atmosphere. This can happen, when net release of the forest stored carbon occur as a consequence of deforestation, of the over use of forests or of the transformation of overage forests to young productive forests and these shifts in a specific area are not compensated for by a net growth of forest biomass”. In this regard WBA declares its support for a global afforestation program to reach a net increase in the global forest area by 100 million ha by 2025.

Furthermore, to avoid a reduction of carbon sequestered in forests due to the growing demand for solid biomass the association urges governments to enforce a forest management policy in their countries based on the principle of sustainability, which means that  “the fertility of the soil is safeguarded and the quantity of wood harvested and removed is equal or less than the quantity produced. Trees are harvested before reaching their stage of maturity or natural death. These forests have a net growth of biomass that can be harvested”.

The fact sheet proposes also to introduce a certification systems based on these criteria for consumers or traders of large quantities of solid biomass.

Launching the  fact sheet in the press conference during COP 18 in Doha the President of the WBA, Dr. Heinz Kopetz added: “It is a fundamental requirement of sustainable forestry that the carbon stock in forests remains stable or increases over time. Deforestation and unsustainable forest management lead to a decline of the carbon stock in the forest – this has to be avoided“.