Discovering the world, working with people across the globe, commuting to work everyday or consuming exotic fruits imported to Europe – nearly every European is used to at least one of these habits producing a significant amount of carbon emissions. On the road to decarbonizing transport and reaching climate targets, the market uptake of renewable fuels is essential.

The European transport sector is the only major sector where greenhouse gas (GHG) emissions are continuously increasing. In 2017, transport emissions (excluding international aviation and maritime) represented close to 22% of the total European emissions; and it is estimated that these carbon emissions have risen by 20% since 1990. While road transport has contributed the most to the transport sector’s GHG emissions, the largest increase in final energy consumption has occurred in the aviation sector between 1990 and 2016, and this sector is expected to continue growing rapidly. International shipping activity is also expected to increase as it is driven by increasing globalization and trade.

In response to increasing emissions, the EU has set several targets to mitigate and limit GHG emissions from transport. An overall target of a 60% reduction in GHG emission within the transport sector by 2050 was set in 2011 (compared to 1990) – still too low to reach the 2015 Paris Agreement aspiring to limit global warming to less than 1.5°C. In 2015, the study “Emission reduction targets for international aviation and shipping” conducted for the European Parliament suggests that by 2050 global aviation emissions should be at least 41% lower than in 2005, and the global emissions of the shipping sector to be at least 63% lower.

The European transport sector is the only major sector where greenhouse gas (GHG) emissions are continuously increasing.

Renewable fuels are among the most viable options to reduce GHG emissions in the transport sector. While electrification becomes more significant, (mainly in road and rail transport), advanced biofuels are expected to maintain a significant role for the shipping and aviation sectors – especially in the short- and mid-term. A number of scenarios conducted for the European Commission and by the International Energy Agency (IEA) indicate the need for large quantities of renewable fuel demanded by 2050. With the aim of contributing to the Paris Agreement goals, the PRIMES scenarios foresee a major increase in current biofuel use. If demand in 2050 is to be met completely by advanced biofuels, this implies a more than 10-fold increase of their uptake in the time frame between 2017-2050. For the successful and sufficient market uptake of biofuels, feedstock has to be produced sustainably in sufficient quantities.

There has been a great deal of skepticism followed by strong debates about the overall sustainability of biofuels especially their impact on land use patterns and food prices, and their carbon emissions across the production value chain. In response, a new generation of renewable transport fuels is emerging produced from non-food biomass called advanced biofuels.

Europe has significant potential to produce advanced biofuels from lignocellulosic feedstock (such as waste and residues from agriculture and forestry). There are many initiatives that provide evidence to that. The EU H2020 projects FORBIO and SEEMLA demonstrated that biomass can be produced for bioenergy in a sustainable way on underused land, a process which is in line with the objectives of the EU Renewable Energy Directive (RED II), showing a high potential in promoting the production of advanced biofuels. The latest findings of the ADVANCEFUEL project show that many biomass sources are potential candidates that require sustainability efforts before they are readily available to produce advanced biofuels at a commercial scale (e.g. infrastructure, farmers experience, regulatory compliance and support, suitable for conversion).

Water scarcity and marginality are a major challenges concerning biomass productivity and profitability on underused land. The web global information system (GIS) developed by the BIOPLAT-EU project helps identify suitable marginal, underutilized and contaminated (MUC) lands around Europe, assessing environmental, social and economical sustainability indicators of bioenergy value chains. Another option to tackle limited available fresh water and marginal land is to use seaweed as novel biomass for alternative transport fuels. The MacroFuels project developed several routes for the conversion of seaweed to biofuels which, once upscaled, will be economically viable. MacroFuels further achieved urgent technological breakthroughs towards large-scale seaweed cultivation such as deployment and cultivation at sea, automated harvesting or efficient storage and pre-treatment methods.

Although RED II is an important step forward in recognizing the need to cover all bioenergy uses and supporting renewable fuels in the transport sector, lack of internationally recognized and harmonized criteria between different bioenergy sectors remains a major barrier to the commercialization of advanced biofuels that will increasingly be produced in multi-output biorefineries and supplied to international markets such as shipping and aviation. Harmonization of national and voluntary sustainability certification schemes at EU level is key for the market uptake of advanced biofuels. The ADVANCEFUEL project provides a set of sustainability criteria and indicators along the whole supply chain and recommendations to enhance the sustainability performance of biofuels.

End use of advanced biofuels

In addition to incremental sustainability governance and availability of biomass for the production of advanced biofuels, a secure and stable policy framework and significant cost reductions are essential for a successful market uptake. According to the progress review by the European Commission conducted by Navigant , the EU is on track for reaching renewable energy and biofuel targets 2020. However, the IEA World Energy Outlook, flags that the biofuel production in EU member states is not on track to meet the IEA Sustainable Development Scenario (SDS) demand in 2030 as most biofuel consumption is at low percentage blend levels with fossil fuels. It forecasts annual production growth of 0.5% in Europe, falling short of the 8% of growth to meet the SDS. Higher biofuel blend rates or greater use of drop-in biofuels are essential to increase the consumption of biofuels. To tackle the high costs of advanced biofuel investment and production, the IEA recommends to introduce supportive policies to facilitate the technology learning and production scale-up necessary to reduce costs. 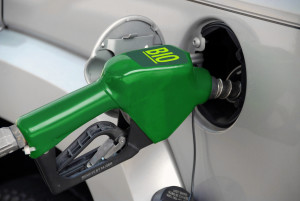 European renewable fuels market analysis by the ADVANCEFUEL project indicates that Europe started off well with the advanced fuels sub-obligation of 3.5% (including double counting) introduced in RED II. However, this may not be yet sufficient to meet the Paris Agreement targets. For road and rail transport, the EU introduced a mandatory renewable energy target. In contrary to road and rail, the aviation and shipping sectors are regulated at an international level. As of 2021, a global market-based measure, Carbon Offsetting and Reduction Scheme for International Aviation (CORSIA), will be operational addressing CO2 emissions in the aviation sector allowing airlines to buy emission reduction offsets from other sectors to compensate emissions or use eligible fuels with lower carbon use.

In spring 2018, the International Maritime Organisation (IMO) adopted a strategy to reduce total GHG emissions from shipping by 50% in 2050, and to reduce the average carbon intensity by 40% in 2030 and 70% in 2050, compared to 2008 by focusing efforts on enhancing the energy efficiency performance of shipping, encouraging the development of national action plans to develop policies addressing GHG emissions from international shipping, and provide technical cooperation and capacity-building activities.

Europe started off well with the advanced fuels sub-obligation of 3.5%, yet this may not be sufficient to meet the Paris Agreement targets.

Production costs of advanced biofuels from lignocellulosic feedstocks are typically more than twice the price of conventional fossil fuels and the current low fossil fuel prices have been a considerable obstacle to their development and deployment as shown by latest ADVANCEFUEL results. The shipping sector can use a large range of advanced biofuels. The future ability of advanced biofuels to compete in the market will depend on cost reductions such as technological learning, economies of scale, efficiency improvements, more affordable and more sustainable feedstocks as well as the evolution of fossil fuel prices. Making them competitive can be difficult, especially in the aviation sector due to their high production costs and energy intensity. In shipping, biofuels can be a viable option due to lower production costs and the large demand from the industry.

Production costs of advanced biofuels are more than twice the price of conventional fossil fuels.

To reach climate goals and decarbonize road, maritime and air transport, upscaling biofuels is crucial and an indispensable way forward in the energy transition. In addition to using all possible renewable fuel options, maximizing energy efficiency and energy saving is necessary. There are still some roadblocks to remove in the strategy to ensure a smooth market uptake of renewable fuels. Concerted stakeholder action is essential to put transport biofuels on track with the Paris Agreement. Policy is therefore an important tool to steer future market uptake towards value chains that source sustainable feedstock and employ resource efficient conversion pathways generating rural and global economic development and a more decarbonized mobility around the world.